I thought the idea of this story was intriguing. It was definitely a nice change to read a book about an MC with ADHD. I found Lily’s voice to be original and compelling, and there was a dash of humor that drew me in to Creedle’s writing. I don’t know much about how someone with ADHD would act or think, but Lily’s voice seemed quite authentic since Creedle is an ADHD author herself.

Abelard and Lily were adorable, and I really enjoyed the scenes they had together! Texting each other and including quotes from medieval letters was definitely a creative, romantic approach. I did sometimes wish for more in-person scenes of Abelard, because I felt like I didn’t get to know him as well as I got to know Lily; to me, Lily’s ADHD felt much more prominent in the story than Abelard’s Asperger’s. The one scene where the Asperger’s felt more prominent was his meltdown when Lily was late.

I was surprised that their first kiss happened as soon as it did in the story. I know it is explained that Abelard and Lily have already known each other for years before the book began, but at that point the reader hasn’t yet had the chance to experience their relationship. So, the kiss felt a little sudden to me, but perhaps other people would think differently.

It was also a struggle to get through the latter chunk of the book because it became a little repetitive, and I got a little tired of reading about Lily worrying about the same problems over and over. I was slightly annoyed by Lily’s mother’s constant efforts to change her, but perhaps that was one of the author’s intentions. I was also a little irritated when Lily lied to Abelard. And the book had stronger language than I had been anticipating for a teen book, so I was a little disappointed with that aspect. But overall, this was a very cute story!

[*Thanks to the publisher and NetGalley for providing an ARC in exchange for a review. Originally posted review on my Goodreads page on February 04, 2018.] 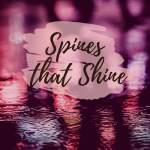