*I received a free finished copy of this book from the publisher. These are my personal, honest opinions. Thank you.*

For a hundred years, the once-prosperous kingdom of Perin Faye has suffered under the rule of the greedy and power-hungry Thungrave kings. Maralyth Graylaern, a vintner’s daughter, has no idea her hidden magical power is proof of a secret bloodline and claim to the throne. Alac Thungrave, the king’s second son, has always been uncomfortable with his position as the spare heir—and the dark, stolen magic that comes with ruling.

When Maralyth becomes embroiled in a plot to murder the royal family and seize the throne, a cat-and-mouse chase ensues in an adventure of dark magic, court intrigue, and forbidden love.

‘I want you to promise me on your own grave that you will never use this magic again. Do you hear me?’

Hello, everyone! I hope you’re all doing well! Have you been reading anything good lately? A few days ago, I finished reading The Stolen Kingdom. I really enjoyed this book overall, and I’m excited to share my thoughts with you!

Let’s jump into the things I wanted to highlight:

Here are my brief thoughts about the characters and romance:

Sometimes, the pace felt a little slow for me, but the characters and writing kept me reading the story. I really enjoyed the bit of action closer to the end of the novel! There’s a final showdown!

There is one other thing that didn’t quite add up for me. One side character becomes a “villain” near the end of the book, but I was surprised and found this to be a little out-of-the-blue; it seemed a bit out-of-character for this particular person. But the dark side of the magic does tend to have a maddening effect on certain people, so perhaps that is what the author was going for.

I’m trying not to spoil anything here, but I almost wish there had been one continuous villain figure throughout the story to help keep the tension going. There are a few characters who could be considered “villains,” but they are present for different portions of the story. I suppose the dark side of the magic could also be considered an “enemy.”

But overall, I really enjoyed this book! The ending is sweet, and I liked how things wrapped up. I recommend if you’re looking for a good standalone fantasy with a sweet romance and cool magical powers! Happy reading 🙂

*Content Warnings: Some fantasy violence; light kissing; a short scene including unwanted advances from a man (no rape).*

Up Next on My TBR: Realm Breaker (ARC) + Lucky Girl (ARC) 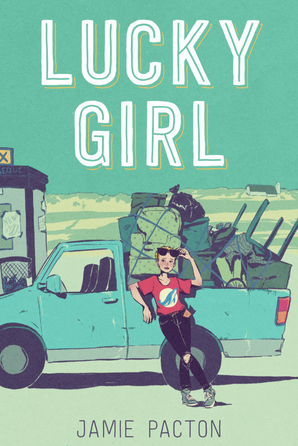 2 thoughts on “The Stolen Kingdom: A Standalone Filled With Dark Magic, Romance, & Intrigue”