*I received a free finished copy of this book from the publisher. These are my personal, honest opinions. Thank you.*

Sparta forged her into a deadly weapon. Now the Gods need her to save the world!

Seventeen-year-old Daphne has spent her entire life honing her body and mind into that of a warrior, hoping to be accepted by the unyielding people of ancient Sparta. But an unexpected encounter with the goddess Artemis—who holds Daphne’s brother’s fate in her hands—upends the life she’s worked so hard to build. Nine mysterious items have been stolen from Mount Olympus and if Daphne cannot find them, the gods’ waning powers will fade away, the mortal world will descend into chaos, and her brother’s life will be forfeit.

Guided by Artemis’s twin-the handsome and entirely-too-self-assured god Apollo-Daphne’s journey will take her from the labyrinth of the Minotaur to the riddle-spinning Sphinx of Thebes, team her up with mythological legends such as Theseus and Hippolyta of the Amazons, and pither against the gods themselves.

A reinterpretation of the classic Greek myth of Daphne and Apollo, Daughter of Sparta by debut author Claire Andrews turns the traditionally male-dominated mythology we know into a heart-pounding and empowering female-led adventure.

Flatlay of the hardcover edition of Daughter of Sparta next to a teapot and tea dish with a wolf design painted on it.

For Sparta. For my family. For my honor.

Hello, everyone! Are you ready for the weekend? What will you be reading this weekend? This week, I finished reading Daughter of Sparta. I’ve really been enjoying the different Greek mythology retellings that have been releasing this year! Daughter of Sparta retells ‘Daphne and Apollo,’ but it is quite different from the original myth, which does NOT have a happy ending for Daphne. I liked this alternate version a lot, so let’s jump into my initial thoughts.

‘You are a gift to this world, my kataigida,’ he says. ‘A storm, calamitous and powerful. You take root where you want to, listen to no voice of command but your own.’

Here is a brief overview of the characters and romance:

Here are few more thoughts I wanted to point out:

This book didn’t quite have what I call the 5-star oomph factor, but it was still a solid 4-star read for me! Overall, I quite enjoyed reading this, and I definitely intend to read the sequel Blood of Troy! If you’re a fan of Greek mythology, I definitely recommend this one. Happy reading 🙂

*Content Warnings: Fantasy violence throughout (some graphic); torture with a branding iron; some kissing; at least 1 use of the s-word.*

Up Next on My TBR: Six Crimson Cranes (ARC) 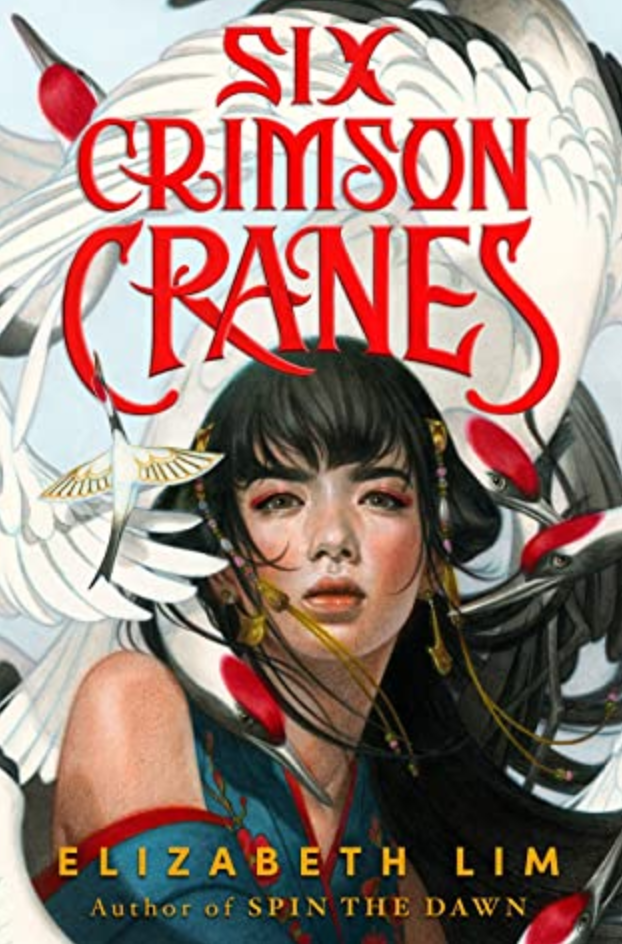 2 thoughts on “Daughter of Sparta: An Empowering, Female-Led Retelling of ‘Daphne & Apollo’”

Tell me some of your favorite bookish accounts in the comments below! Let’s show some love for these accounts and follow each other if you like their content!
[gifted books received] Do you use natural lighting for your photos?
@storiarts has the perfect apparel for you to wear while reading your spooky books! I’m wearing the Raven sweatshirt and showing off the Frankenstein and Dracula headbands! For a 10% DISCOUNT shop through my affiliate link: storiarts.com/SHINE10 (I also earn small commission) 💖
[gifted book received] How many books do you like to have in a series?
[gifted book received] What books do you have on your October TBR?
[gifted book received] Book review time! What was your favorite read of September?